How To Read Music Written In Treble Clef

Learn how to read music written in treble clef in under 5 minutes in this easy introduction to music theory.

Your average piano has 88 keys spanning 7 (and a bit) octaves. Now, imagine a music staff... you have five ledger lines and four spaces. How can you show all 88 notes without having to add dozens of ledger lines? 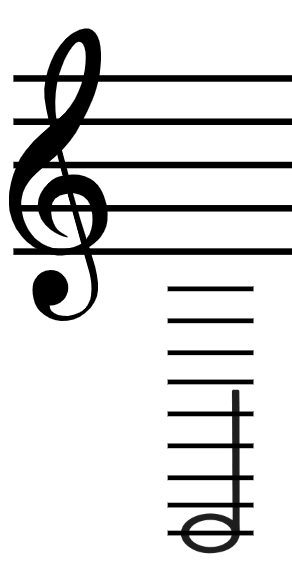 Or imagine you play Tuba and every note you played was 12 ledger lines below the staff. This would make music incredibly difficult to read, so instead we use clefs.

Clefs change the note names for the lines and spaces of the musical staff. Let's look at how we can write middle C (C4) with either Treble Clef or Bass Clef. 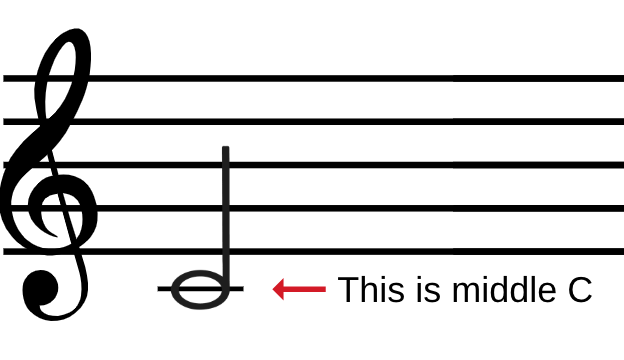 Here is middle C written in treble clef. It is just one ledger line below the staff.

And here is the exact same note (middle C) written in bass clef. Notice how it is written just one ledger line above the staff.

If you were a tuba player trying to read notes below middle C, which would you prefer to read: treble clef or bass clef?

The treble clef is one of the most common clefs in music. It's also known as the G Clef.

This will make more sense once you read the next section that shows you the note names in Treble Clef, but for now, you can know that the Treble Clef is also called the G clef because each of the curls wraps around where the note "G" lives. 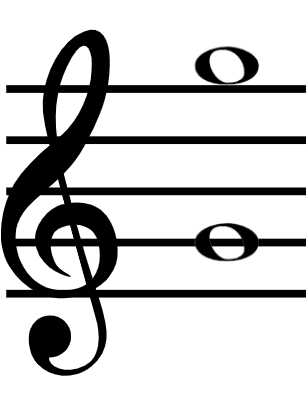 In the picture above, I've written two whole notes, both of which are G's. Notice that one is on the line right in the center of the treble clef's curl, and the other one is in the space of the loop at the top of the treble clef. Hence, we have a G-clef. When you draw a treble clef, it is important the loops match where the G's are on the staff.

Clefs determine which notes the ledger lines/spaces represent. Let's look at the note names of the lines first.

The notes on the staff lines in treble clef are E - G - B - D - F. One of the first ways I learned to remember the order of notes is with the phrase "Every Good Boy Deserves Fudge."

The spaces also represent notes. They are F - A - C - E (going from the bottom space upwards). An easy way to remember these note names is with the rhyme "If it's in the space, then it spells face."