How To Read Time Signatures

Part of our music theory series: Learn what time signatures mean in music.

What Are Time Signatures

One of the first things you will see when looking at a piece of music is the time signature. A time signature tells you two important things: 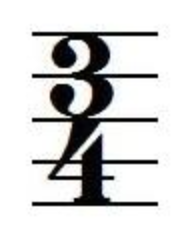 You can always determine which note will get the beat by figuring out the note value would take that many of to equal a whole note.

Looking at the example above, we know that the quarter note will get the beat (4) and there will be three (3) beats per measure. Here is an example of music in 3/4 time. You can see the count of the beats under the measures. 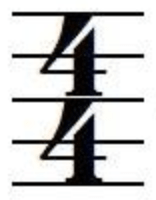 this is the four-four time signature, there are four beats per measure and the quarter note gets the beat. The quarter note (4) gets the beat and there are 4 beats per measure. This is the most common time signature most beginning musicians see, It's also what most popular music is written in. Since it is so common, it's nicknamed "common time," and can be written as the letter "C" instead of "4/4." 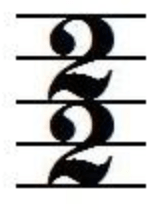 In 2/2 time, the half note gets the beat (2) and there are 2 beats per measure. This is sometimes known as "cut time," since it is exactly half of common time (or 4/4). You will sometimes see this written as a C with a line through it (like the cent symbol in American currency). 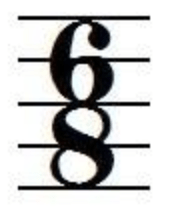 The term simple meter is used to describe meters where the beat can be divided into two equal parts. This would include meters like 2/4 and 4/4.

Compound meter is used to describe meter where beats can be divided by three (which means the beat will typically be assigned to a dotted value or a grouping of three). The most common example is 6/8. In 6/8 time, you have two groups of three eighth notes. Since it is a group of three, it is compound meter.

Just like with simple meter, you can have compound duple, compound triple, and compound quadruple.

You can feel meter in different groupings -- either small or large. If you were to feel the beat of every quarter note in 4/4 time, that would be common time. Now, if you were to feel the first and third quarter note in the measure (feeling two stronger beats per measure) you would be feeling it "in two." Feeling the beat this way turns 4/4 into 2/2 (two beats per measure, the half note getting the beat). You basically "cut" the 4/4 in half. This is cut time.